All orders will be shipped by NuPhy. We will deliver the goods within 48 hours and upload the tracking numbers within 72 hours on weekdays. You can check Shipping Policy for more information.

Notice
Once your parcel produced CUSTOM DUTY, please contact us as soon as possible.

NuPhy offers a 1-year limited warranty for all NuPhy products. If there is any quality issue, please send relevant images or videos to service@nuphy.com for review.

We always want to design our new products in that mood, chatting over a cup of tea on a late summer night. However, due to our limited experience and pursuit of perfection, we had to spend a lot of time mixing the color. So the launch of 'Late Summer Night Ver.’ as been postponed over and over. Looking back, piles and piles of keycaps samples have occupied our studio. We’re going to name our new product as Late Summer Nigh, in order to memory every Summer Night we worked on this set of keycaps. 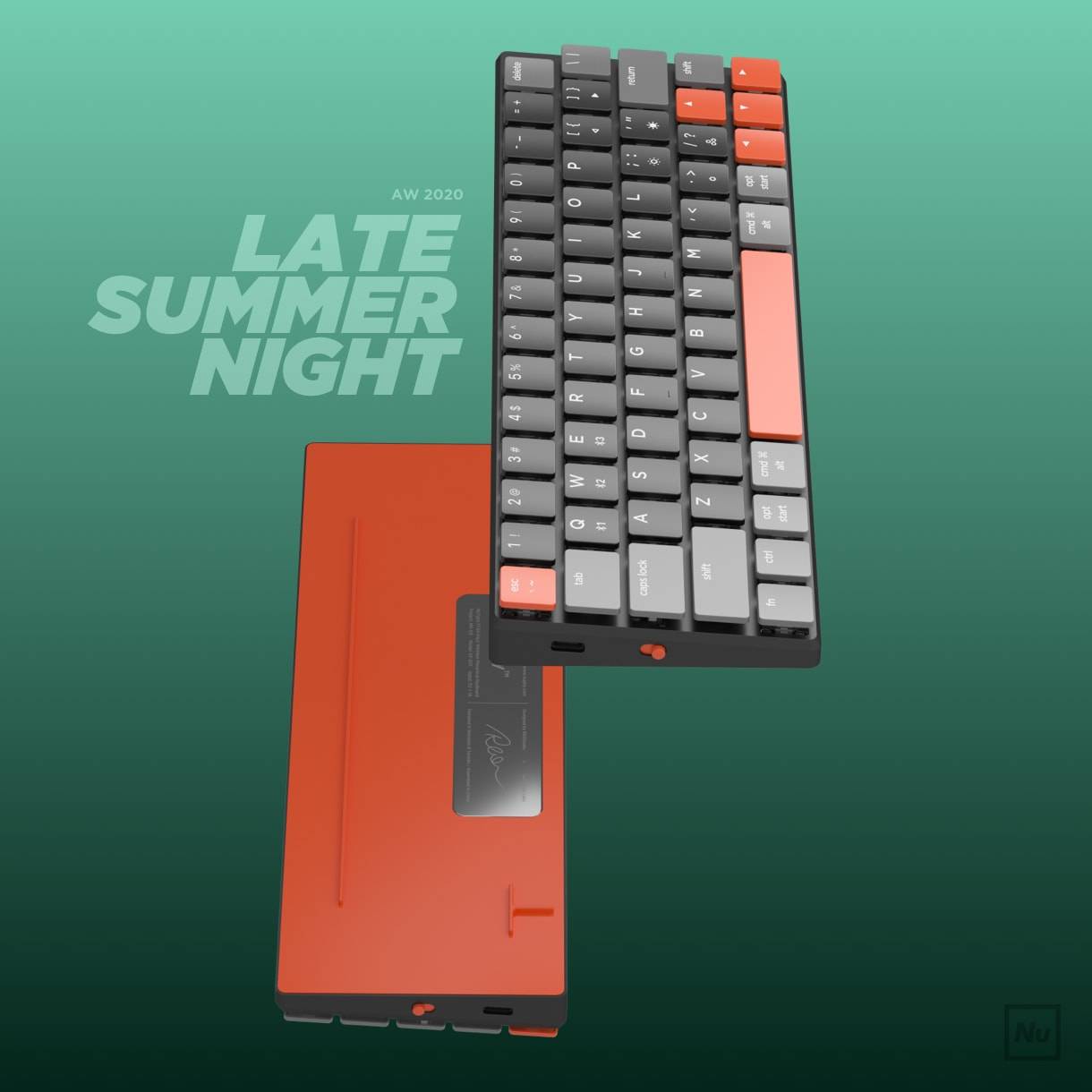 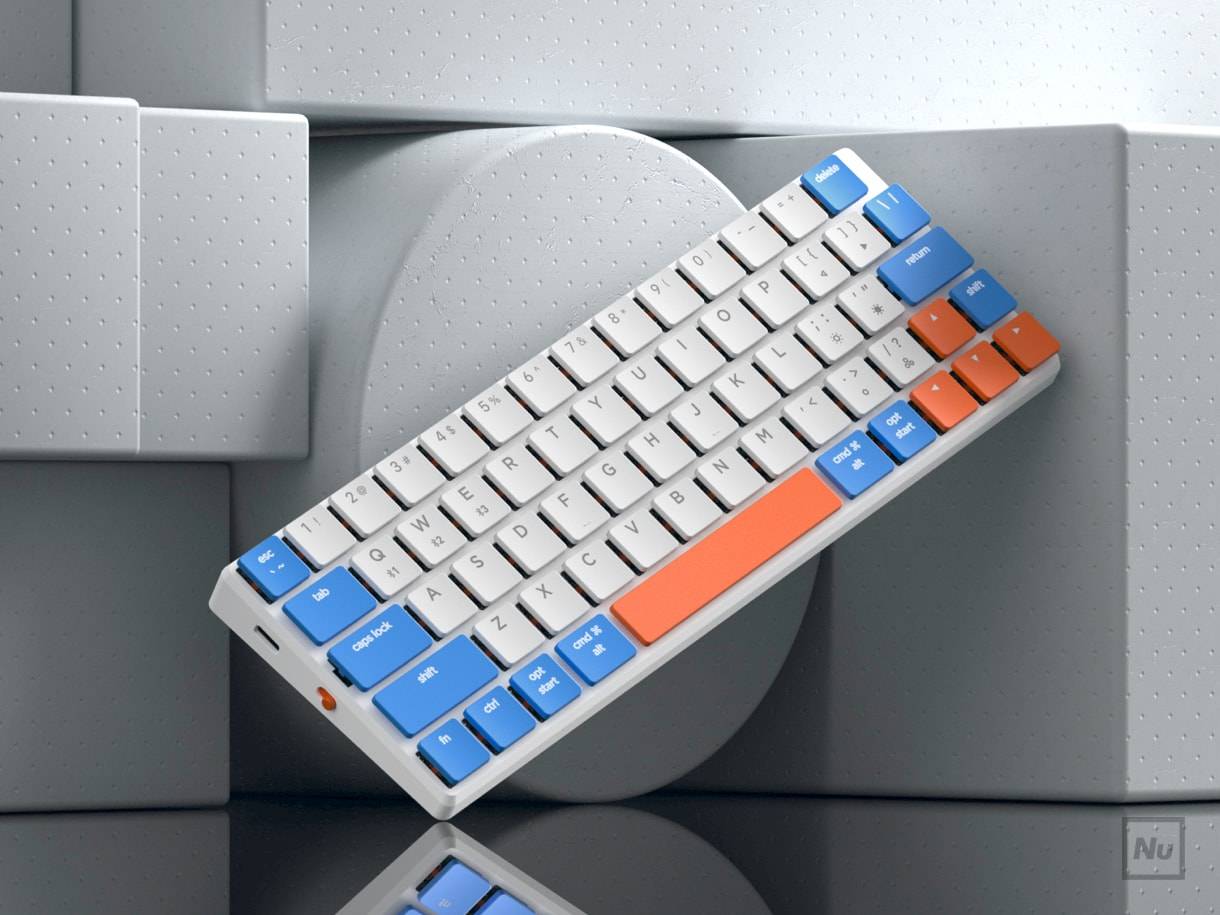 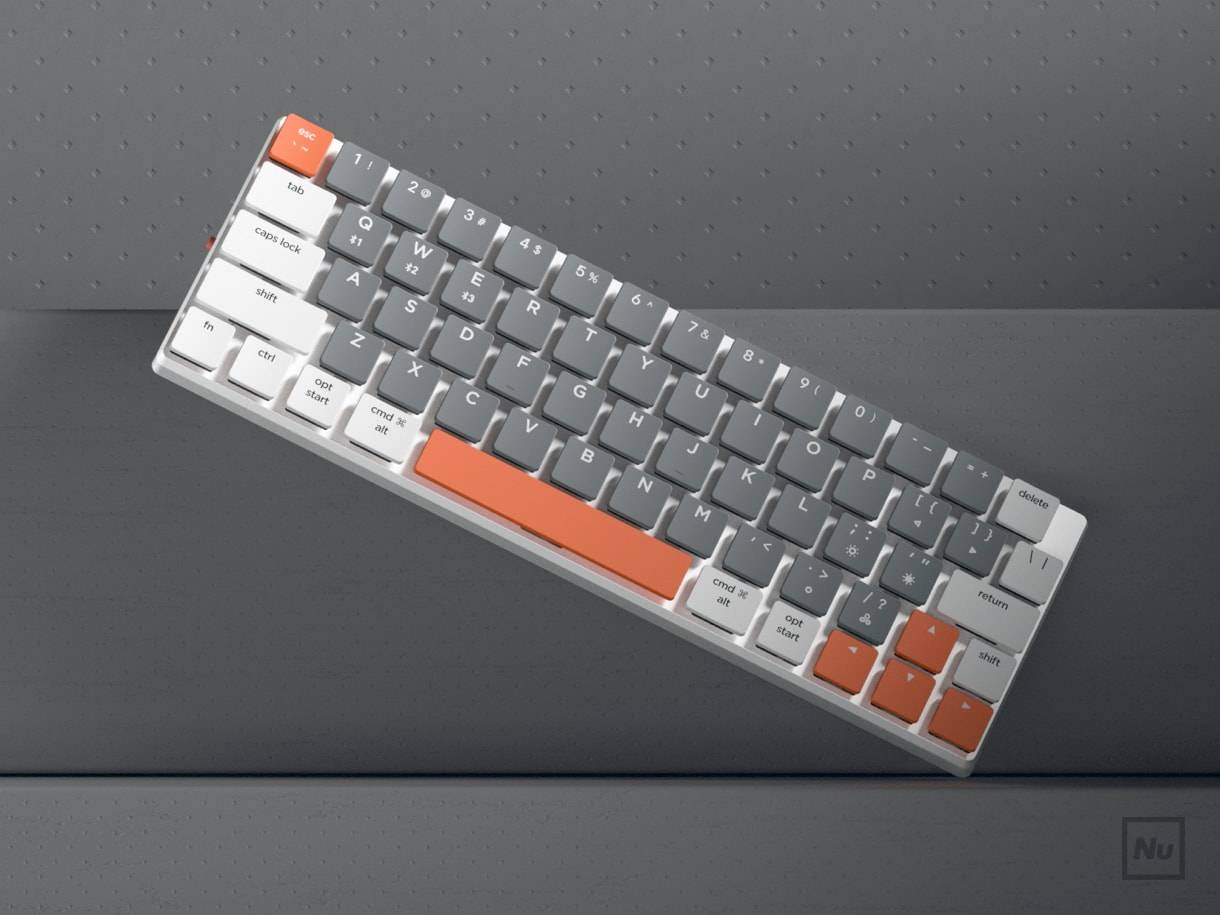 The new keyboard package will contain our poster and stickers. The cartoon character on the poster and sticker is designed for NuPhy by our friend. If you also think this is a good idea, we will apply this character to more by-products later. Please let us know more about your feelings! 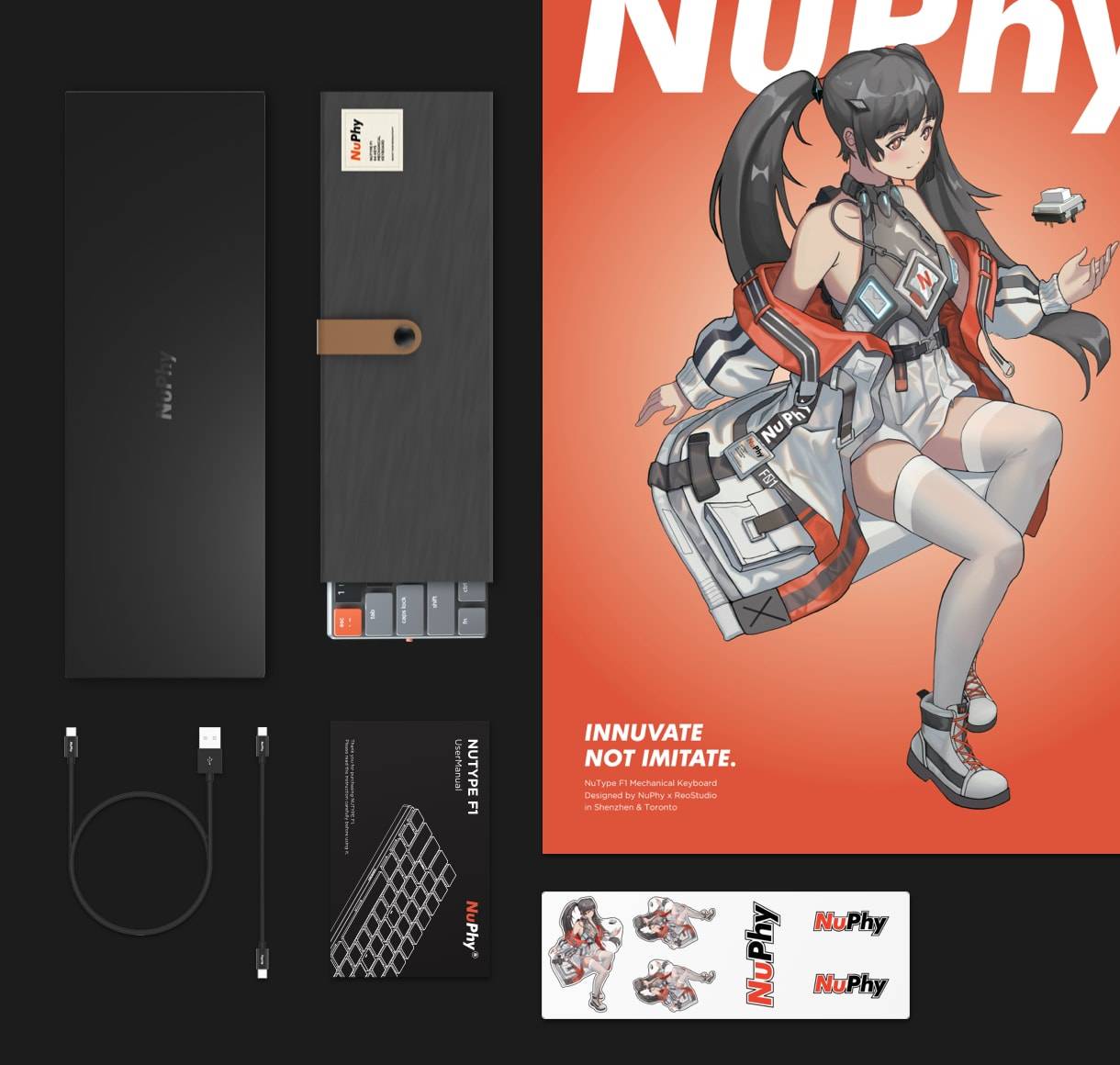 The 'Late Summer Night Ver.’ has three colors: Midnight Maplewood, Sunny Seashore, and Twilight Teahouse. The keyboard is made of aluminum alloy and the metal colors are the same as the original one (black, silver and white).

DESIGN: The design is phenomenal and feels great when typing. People are always commenting on how good the keyboard looks when I pull it out.

FUNCTIONALITY: Responds well when typing, has no issues with connectivity and has great battery life. I typically can last 2-3 days with a full charge.

TAKEAWAYS: I love the click sound effect from typing, but it did distract people at the office and public settings, but that's their personal issue. They could wear headphones, but if you're empathetic then I would go with keys that are much quieter.

Loading...
Was this helpful?
LM
Labib M. Reviewed by Labib M.
Verified Buyer
I recommend this product
Rated 3 out of 5

Overall Good: Some ups and downs

Overall, I think that the NuPhy is a solid keyboard, but there are some areas where it could defiantly improve upon.

My number one gripe is that there is no option to turn off the auto-backlight off feature. Sometimes I will be taking notes or watching a lecture, or doing some task where I am not using the keyboard for more than 60 seconds, and the lights will turn off. It may seem like something small but the individual I am, it takes my attention away from the task at hand and cause me to tap the keyboard to 'revive" it. Competitors at similar price points (namely keychron) have a feature where you are simply able to turn this feature off, and I highly recommend NuPhy attempt to add this.

Secondly, the typing experience is fine. I have seen individuals say that some keys require a bit more pressure than others, namely the space. For me personally, the space bar has been fine, and so have most of the keys. However, the key that has had issues for me is the left shift key as well as the Caps lock. When I attempt to capitalize letters, sometimes the shift key will not register and due to the dexterity of fingers, when pressing two keys simultaneously, the pressure on the shift key is slightly less than if you were to press one key at a time, and therefore you have to sort of train your brain and hands to be more cognizant and mindful of when you have to type a capital letter.

Lastly, and a major issue with the product is the size of the delete key. There is obviously a…

Loading...
Was this helpful?
BG
Ben G. Reviewed by Ben G.
I recommend this product
Rated 4 out of 5

Great, but a few flaws

Design and form factor are great, love the look of it and the LEDs work great.

BIGGEST issue is the placement of the right Shift button is the absolute worst. Since these keyboards use mechnical keys, the up/down arrows are full size vs compact in on other bluetooth keyboards, therefore, the shift key is reduced in size. If you tend to use the right shift as much as I do, when trying to hit the Shift, you end up hitting the Up arrow. It takes some practice to get used to hitting the left shift button.

Other thing to get used to is the amount of pressure to do a space. Not a major deal, just need practice.

Loading...
Was this helpful?
S
Sean Reviewed by Sean
Verified Buyer
I recommend this product
Rated 4 out of 5

I have the Midnight Maplewood, Late Summer Night version. The board is sleek, the aesthetic is nice, the carry case makes me happy, most everything about it makes me happy.

The FN and CTRL keys were originally in weird places, and the hotkey to swap to Windows-style wasn't originally working (I have one of the first models to release). A firmware update fixed these problems and was super simple to install.

The board is light and compact, it feels so nice to type on. There was a bit of time to get used to the layout and reduced size compared to the board on my desktop, but well worth the learning curve and now my speed is on par if not slightly improved (empirical). I will never be able to go back to laptop chiclets, and I won't need to, this KB will go everywhere the laptop goes.

Build quality is where this gets a ding, and it's just one key I'm having problems with.

The space bar doesn't love when you aren't near the center or perfectly center on the bar.

Specifically, pressing the space bar from the right side of the V key to the left of the C key increases the likelihood of a non-registered press the further left you go.

Similarly, from the left side of the N key to the right side of the M key increases the likelihood of nonregistered key press the further your finger travels right.

On the extreme edges, the key feels mushy, and the crisp clean click is completely absent.

The spacebar works, but I have to will my thumbs to be less lazy. My…

Loading...
Was this helpful?
GS
Glenn S. Reviewed by Glenn S.
Verified Reviewer
I recommend this product
Rated 5 out of 5

Super happy with the RGB lights for now, but for sure will try others later. The build quality for me is

very impressive. It's a magic keyboard wannabe.. Feels next level!

Join our email list to know our project updates, exclusive offers, and more.