Through Air60, we sought to create a compact wireless mechanical keyboard, with an ultra-thin body, truly powerful functions, and an elegant design. Two years ago, we released NuType F1, our first product as well as the foundation of this community. Now with great enthusiasm and appreciation for your love and feedback, we present its successor, Air60. 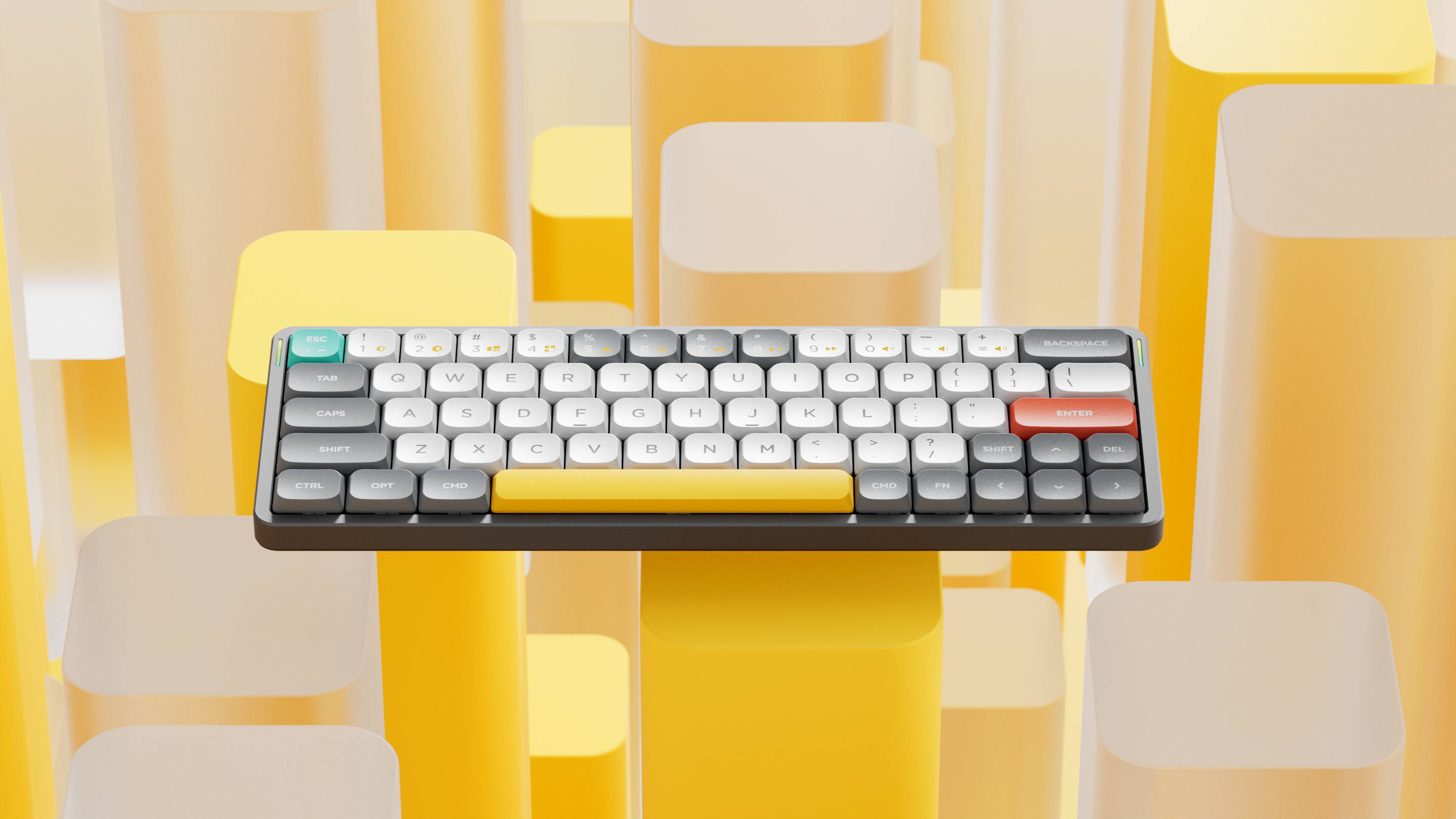 NuType F1 was originally designed to replace the native keyboards of MacBooks and other notebooks. Limited by size, we had to make some compromises. For example, we adopted a non-standard layout and as a result, the right shift key is to the right of the up arrow key. Also, in the ANSI version, to make room for Touch ID, we left some space in the upper right corner of the keyboard, which has been a point of suggested improvement from the community.

This time, we established the principle of choosing the layout from day one: standard layout, independent arrow keys, and as narrow as possible. With this principle set, we were given only three options: 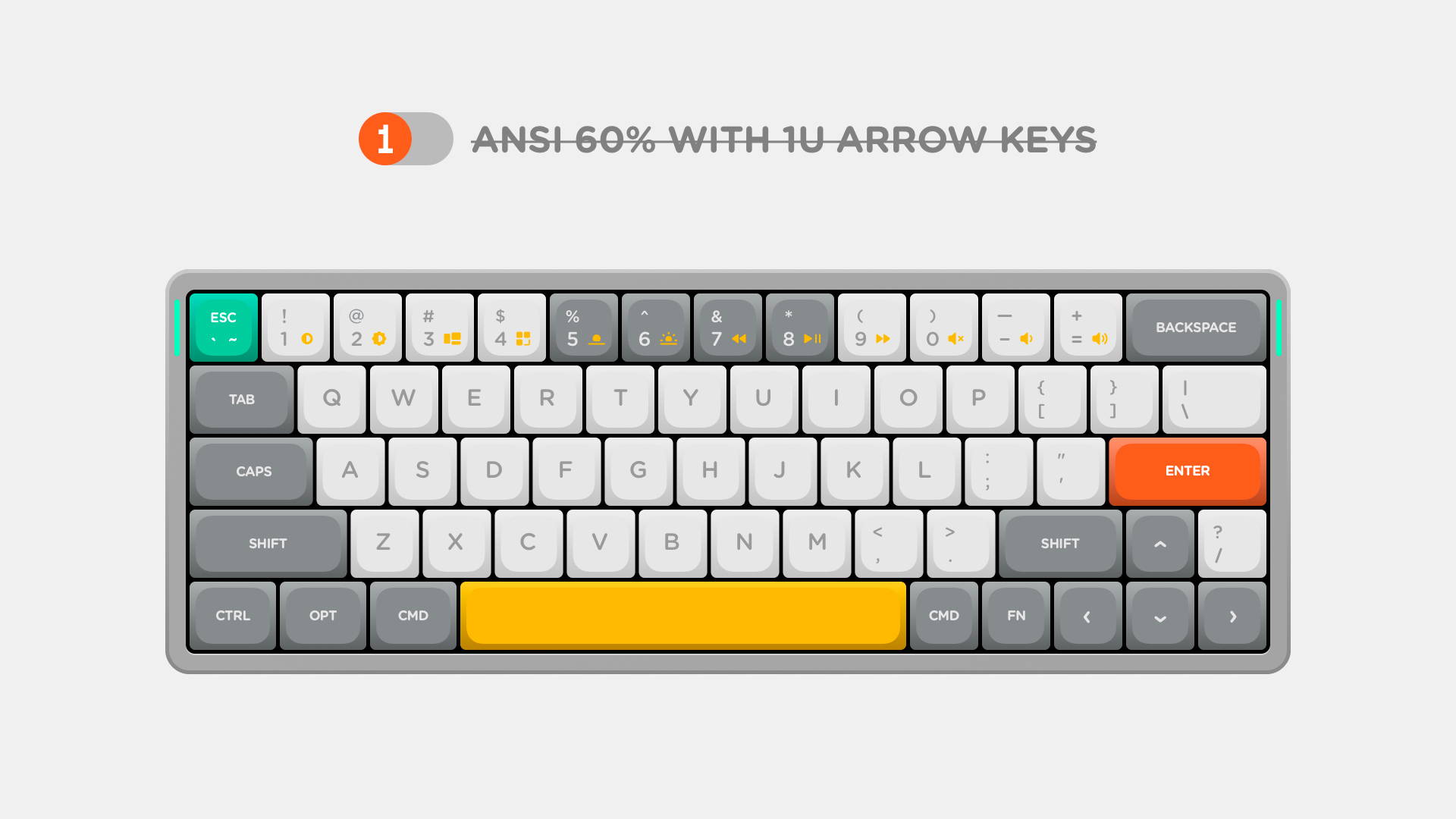 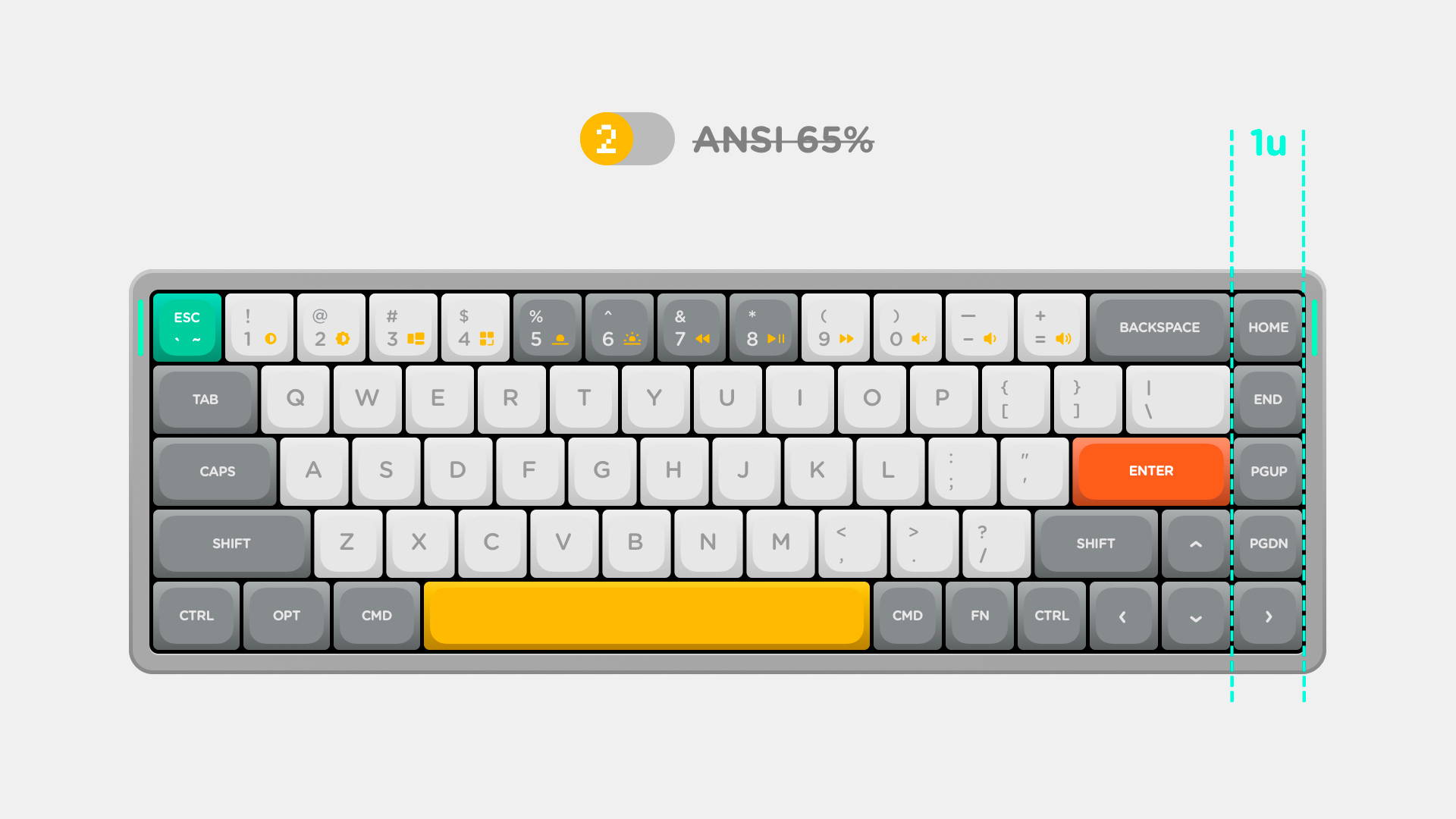 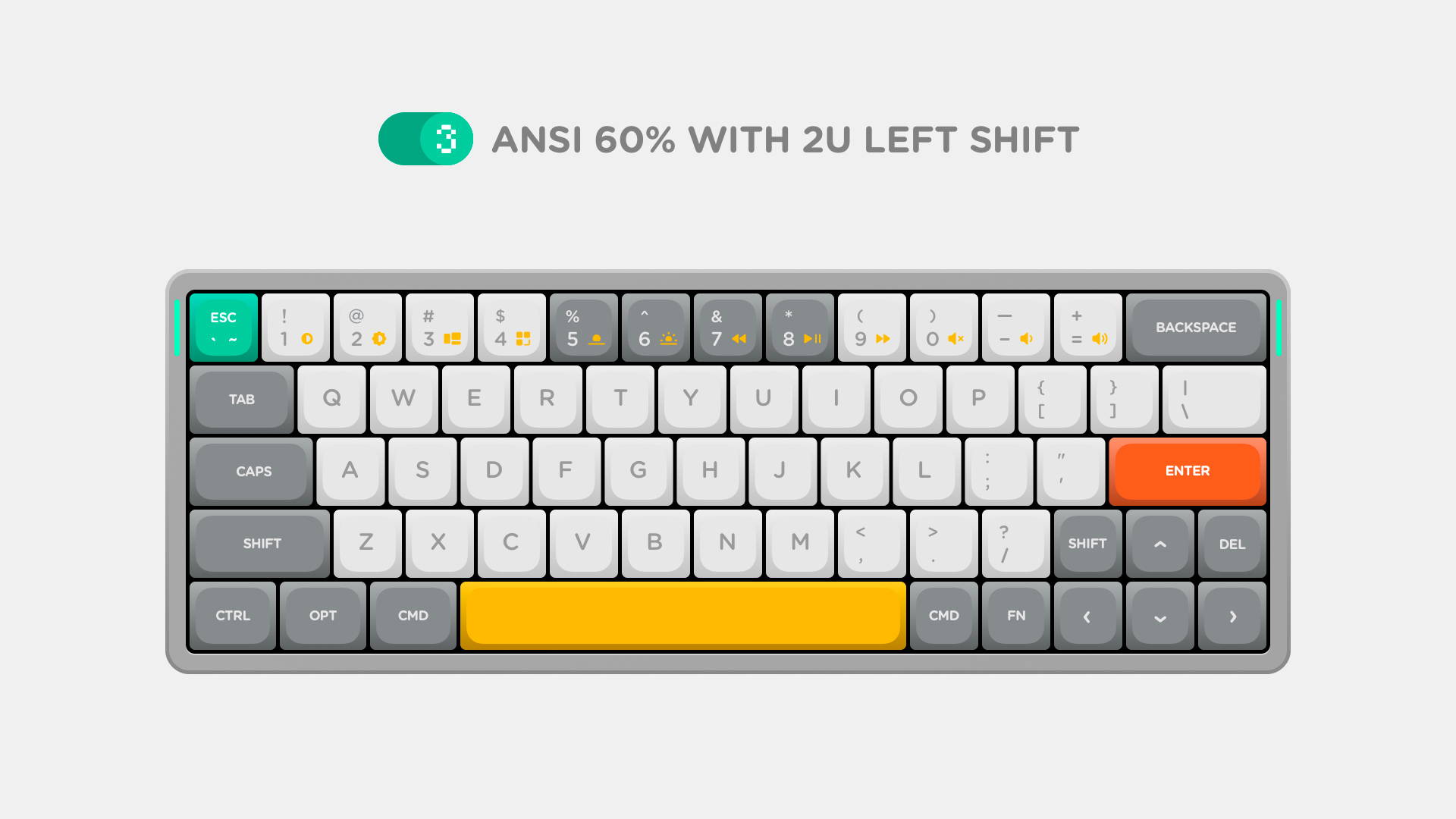 With the lessons of NuType F1, we knew that the first option wouldn’t work. Although this layout keeps the complete “shift” key, putting the “/” on the far right is obviously a bigger risk. The 65% layout looks perfect, but once we place it on a smaller notebook, the keyboard extends beyond both sides of the notebook. Therefore, we moved on from this layout option. This left only what has become the current layout of Air60. The left shift key is shortened by 0.25u, and the right shift key is shortened to 1u, while the relative position of all other characters has not changed. There is an extra 1u keycap on the far right, which is set as the DEL character by default, but can be changed through the software. 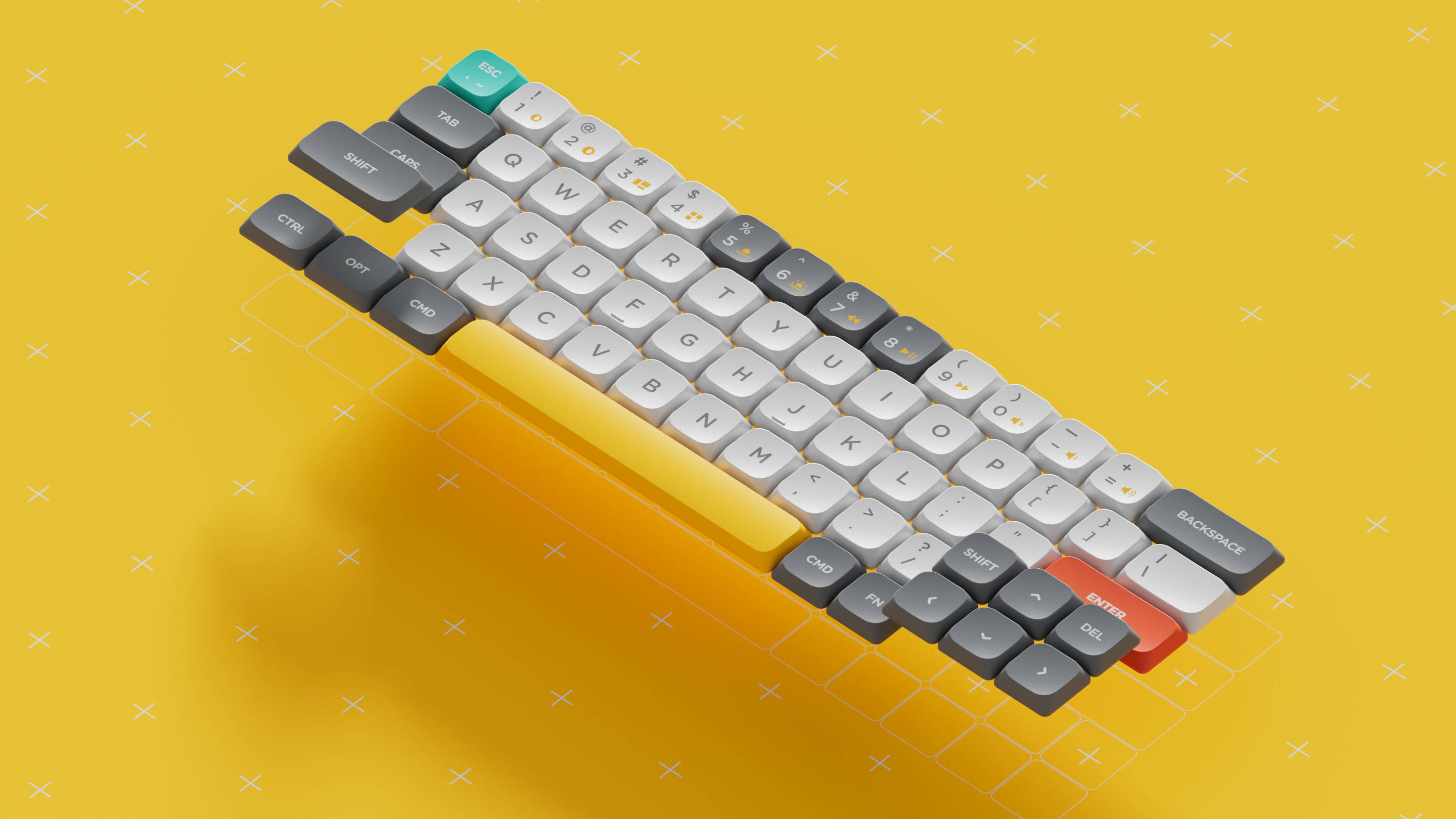 With the newly designed AirFeet™️, Air60 is compatible with all MacBooks, including the latest MacBook Pro with the M1 Pro/Max chip as well as 99% of other laptops. 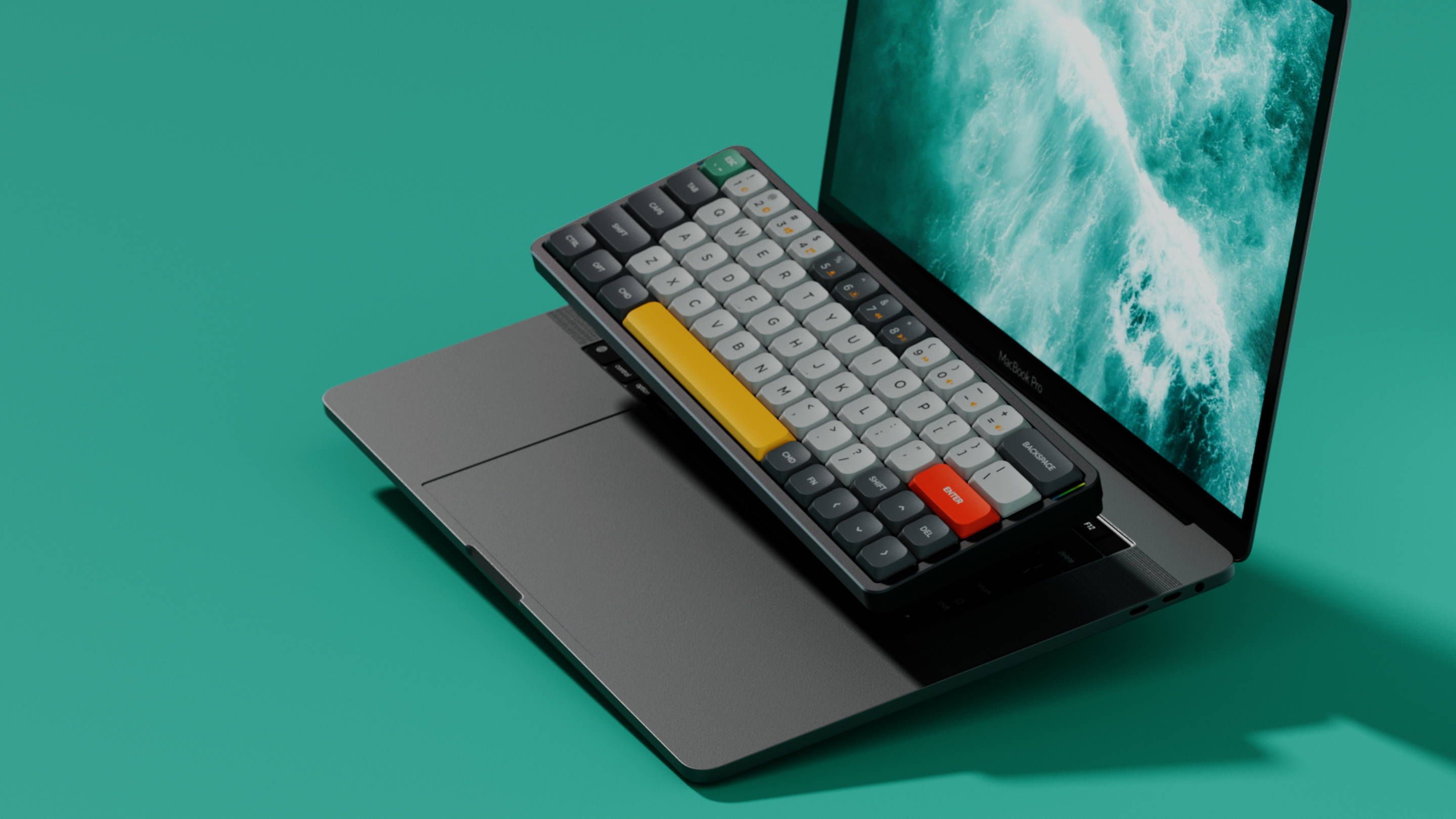 Air60 uses the same advanced aluminum alloy processing method as Air75, but to make room for Touch bar or function key, we have made the width of the top side the same as the other three sides. This modification makes Air60 look more compact and refined.

Like the design of Air75, the back and the bottom of Air60 are made of translucent plastic material, which provides better wireless connection and battery life than a single-piece aluminum alloy design. 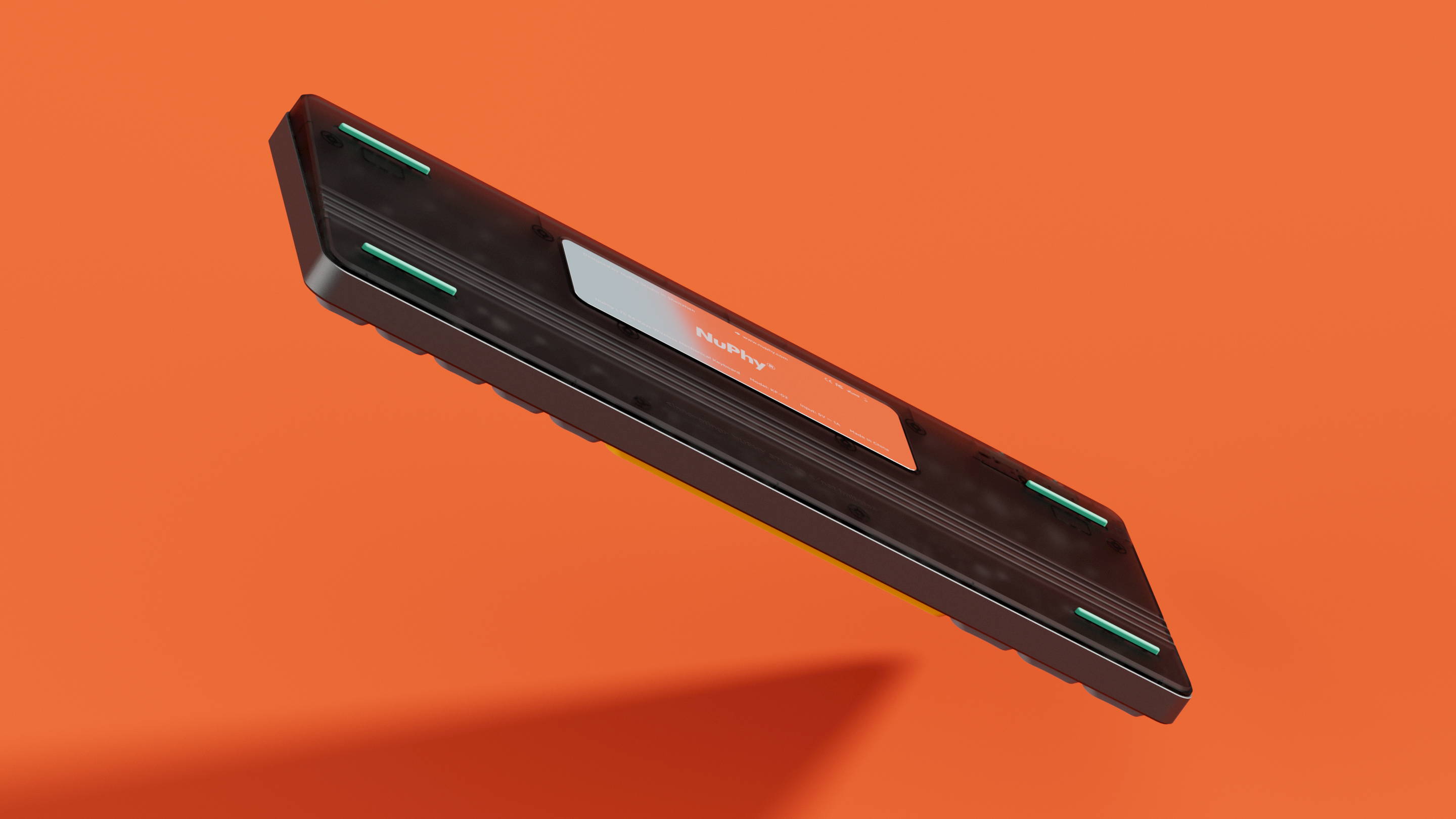 The battery size of Air60 is 39% larger than that of NuType F1, reaching the same 2500mAh as Air75. The huge stainless steel nameplate almost completely covers the battery, obscuring the battery in the translucent bottom case. This shows our dedication to every little detail of the product both inside and outside. 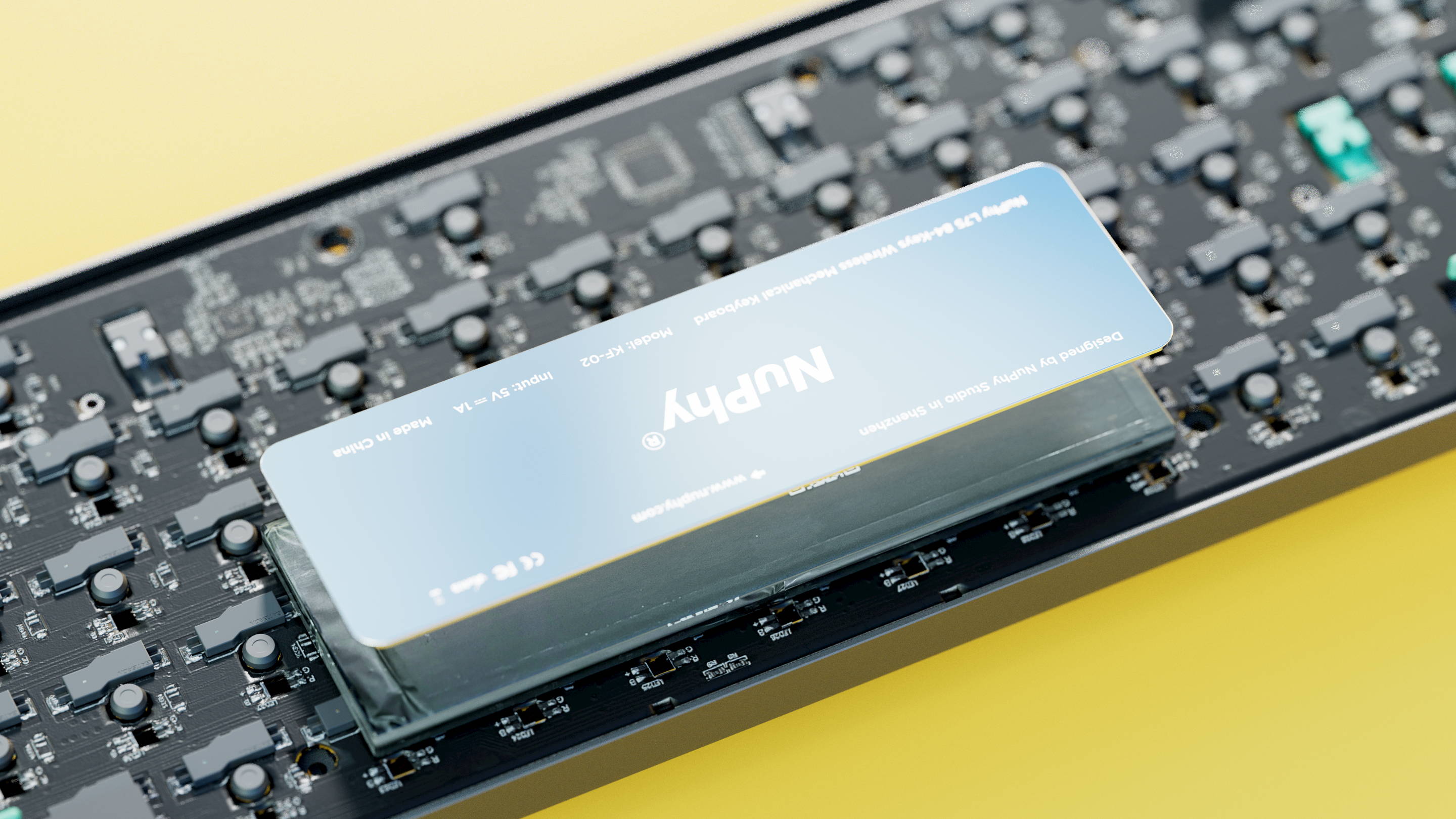 COAST is the ultra-thin PBT keycap we specifically designed for Air60/Air75/Air96, and it is also one of the best low-profile keycaps on the market. Similar to the SA profile, the COAST profile utilizes a spherical design. At the same time, we have enlarged the finger contact area on its top, ensuring both accuracy and comfort of input.

In the keycap design of Air60, we also deliberately changed the color of the multimedia function icons to yellow. This ensures that users can see the icons clearly yet they will not appear out of place. 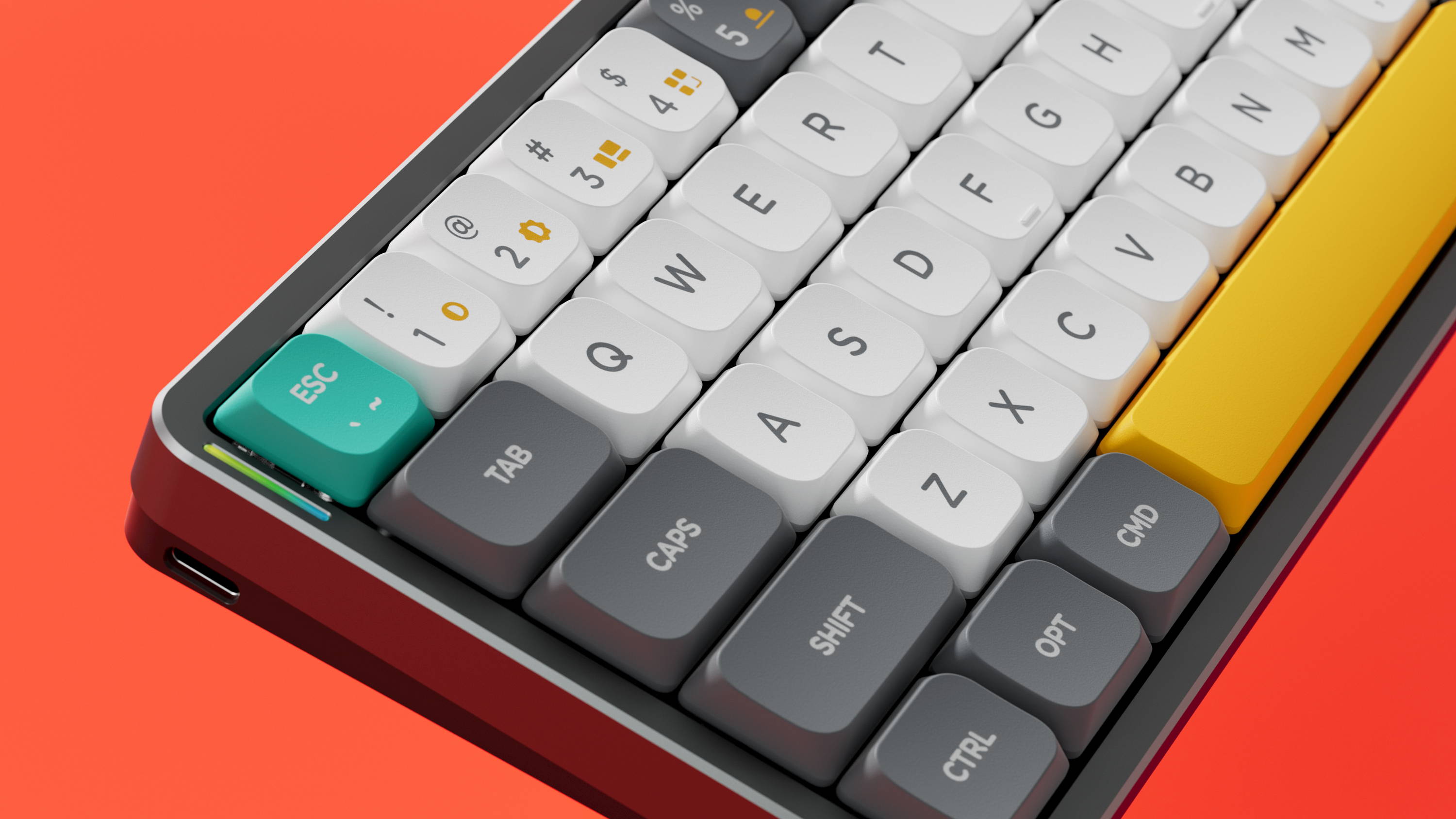 NuType F1 has renewed imagination for laptop input efficiency. We drew inspiration and motivation from your love and feedback. This is how Air60 was born. Air60 is a comprehensive evolution of NuType F1 and is the most compact and sophisticated keyboard made by NuPhy so far. We are beyond thrilled to release this product. Air60 will be remembered, not, as an insignificant footnote in the mundane keyboard landscape but as a groundbreaking innovation which will have opened a new chapter in the history of mechanical keyboards. 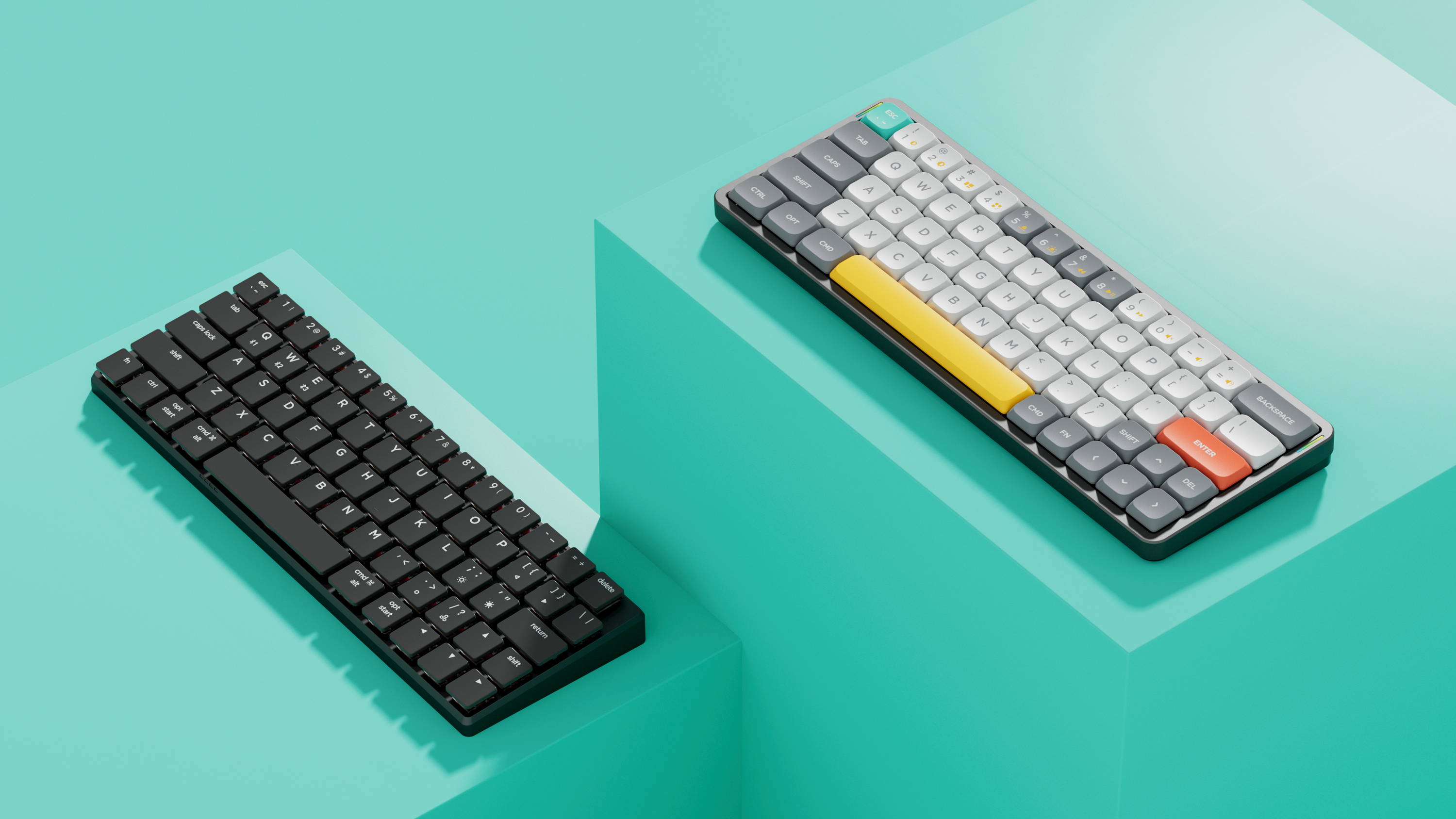 We are determined to make Air60, Air75, and upcoming Air96 the benchmark for the ultra-thin wireless mechanical keyboards in terms of both design and quality. Our overlong quest for perfection will not stop here. We will pour our bottomless creativity and passion for design into each and every new product. 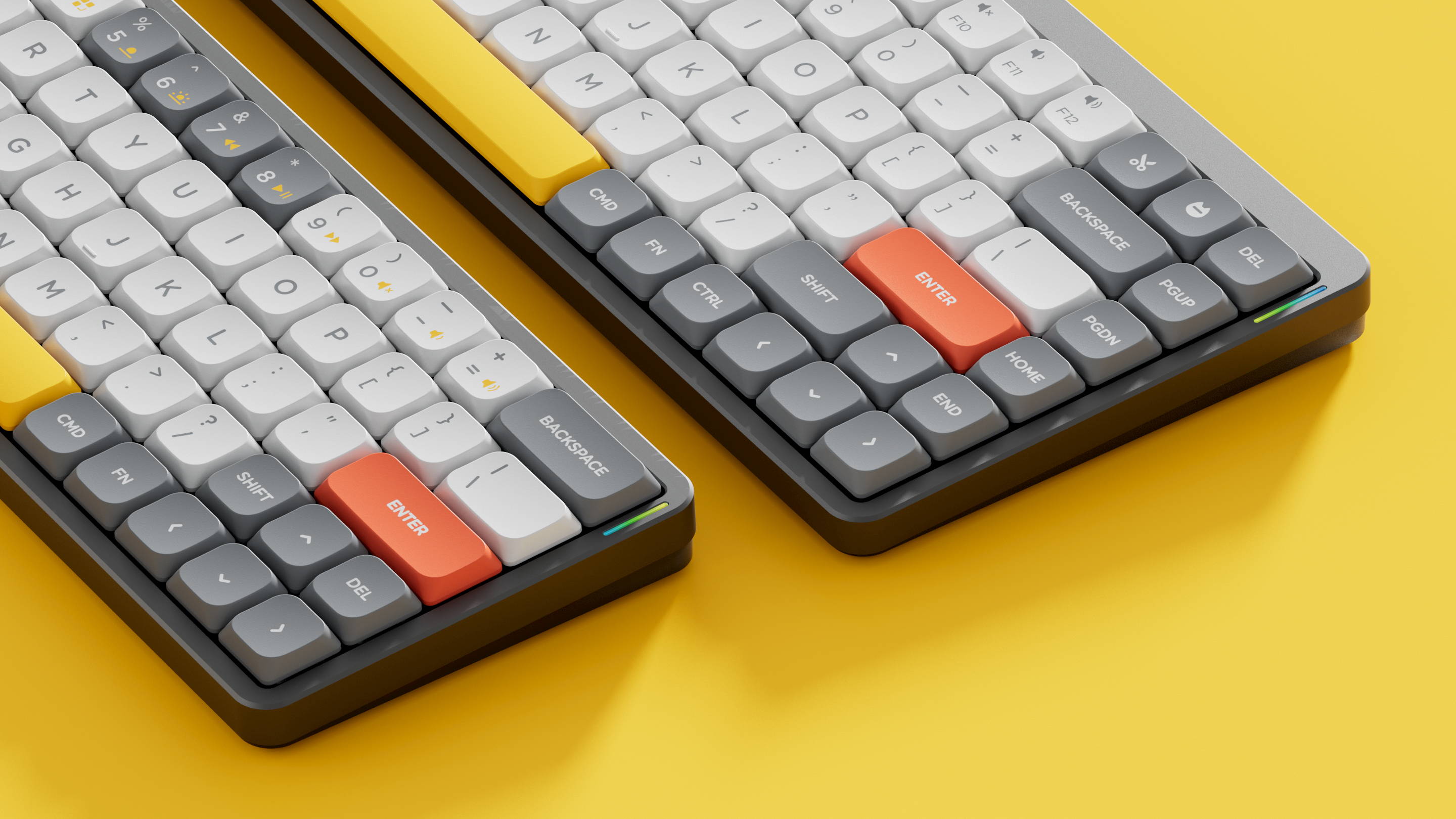 Join our email list to know our project updates, exclusive offers, and more.